England, 1588. When a fairy betrothal ritual goes wrong, village lad Tam is bonded to Herne the Hunter. Warrior, legend, and Greenwood spirit, Herne once led the terrifying Wild Hunt, an army of the undead who rode as harbingers of doom. When his passions are stirred and his blood is up, Herne sports the antlers of a mighty stag.

Herne could be the dominant lover Tam secretly craves, but Herne’s past makes Tam fear the brooding warrior will enslave or kill him. While Herne admires Tam’s toughness and humor, he has rejected love — as he has sworn off leading the Wild Hunt — and wishes only for solitude. To break their betrothal, they must travel into the Greenwood, a realm of magic and bondage where their desires for each other grow dangerously irresistible, and the Wild Hunt bays for their blood.

As the threat rises, Herne’s mastery and compassion realize Tam’s darkest sexual fantasies. Soon he’s no longer fighting for his freedom, wishing to be bound to the beast forever. But can Herne’s tortured heart be reawakened? And if so, will their love destroy them both, or prove Herne the Hunter’s greatest weapon?

This book was definitely my favorite of the week ^__^ I love Kay’s Greenwood books, and cannot wait for a third one. Absolutely loved the main characters, especially Herne, who wins the prize for Longest Sulk. The fairies crack me up. The Wild Hunt was awesome in how much I hated their creepy asses. Excellent book.

Daybreak is the fourth book in Anna Mayle’s Stolen Child series. It’s a direct sequel to the first one, and a very good one. If you like things more twisted, definitely pick this series up ^__^ The author will be guest blogging with me on the 16th, so stay tuned :3

Written in the Stars is a fun book about a guy who after losing his job/reputation, winds up working for a friend at his magazine, writing editorials and the astrology column (which he HATES). He winds up going on a series of dates to disprove astrology, and the entire growing relationship between him and his friend is hysterical and adorkable. Only minor complaint is that the story went on a little long. But it’s still very much worth reading. The MC is fucking hysterical.

Sequel to Moonlight Becomes You, about the bad boy of the band :3 It’s a good story, especially the way it did not drag out the rehab thing forever. It was a starting point, then moved on. The MC and his love interest are really cute, especially the way poor Nick just does not know what he’s doing. Piper and MJ do very good rockstar stories (very good stories period) and this one is worth grabbing whether you’re a fan of the genre or not. I really do adore Nick and the way he does try so hard. He’s much with the love ^_^

I really liked the first two stories in this collection, Hey Baby and Cupid Darling. Both authors wrote stories that they could have rushed, could have made all smexy times and awful, but they held their pace, executed them beautifully, and I especially loved the ending of Cupid. The third story, Sweetie isn’t awful. It’s definitely cute, it just felt there was too much all at once for it to be believable. But if you like short stories (as I do, but they are fucking impossible to find anymore), this book is worth grabbing. 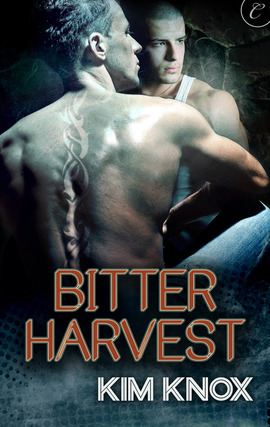 In the sci-fi category we have a space romp and a post-apoc.

Tian’s Hero is why it pays to read books that do not meet your preferences/standards/whathaveyou. I honestly noticed this book because one: I follow the author on twitter and like her, and two: I saw it was a threesome and good threesomes are really fucking hard to find. But it’s sci-fi, still not my fav genre (though I’m reading it a hell of a lot more than I used to) and it did come with a rape warning (which is not a deal break, but makes me leery). The writing style for this book took a bit of getting used to it, but is a lot of fun once you get the rhythm of it. I love all three of the MCs. The story was interesting in the way it went from the ship to the planet, how everything came together and played out. Even the mpreg didn’t bother me, b/c I loved the chars so much and honestly there were points they were fucking hysterical.

Bitter Harvest I enjoyed b/c it would have been easy for this book to be done very poorly. The author pulled all the elements together, even the way sex is used to transmit the nanos that turn you into creepy bee people. Loved the world, she really nailed the setting. Adored both of the MCs, the one for being So Serious and the other for being a total slut, and both in the end utter dorks and woobies.